Polyacrylamide (PAM) is a water-soluble linear polymer polymerized by acrylamide (AM) monomer initiated by free radicals. It has good flocculation and is an indispensable flocculant for sewage treatment! This article introduces the difference and selection of polyacrylamide in detail!

The technical indicators of polyacrylamide generally include molecular weight, degree of hydrolysis, ionicity, viscosity, residual monomer content, etc., so the quality of PAM can also be judged from these indicators!

2. Degree of hydrolysis and ionicity

The ionicity of polyacrylamide has a great influence on its use effect, but its appropriate value depends on the type and nature of the material to be processed, and there will be different optimal values under different circumstances. If the ionic strength of the processed material is higher (containing more inorganic substances), the ionic strength of the PAM used should be higher, otherwise it should be lower. Generally, the degree of anion is called the degree of hydrolysis. The ionicity generally refers to cations.

Ionity=n/(m+n)*100% The PAM produced in the early days was polymerized by a monomer of polyacrylamide, which originally did not contain -COONa group. Before use, add NaOH and heat to hydrolyze part of -CONH2 groups to -COONa. The reaction formula is as follows:

Modern PAM has a variety of products with different anion degrees. Users can select appropriate varieties according to their needs and through actual tests. It does not need to be hydrolyzed and can be used after dissolution. However, due to habit, some people still call the process of dissolving flocculants as hydrolysis. It should be noted that the meaning of hydrolysis is hydrolysis, which is a chemical reaction. The hydrolysis of PAM will release ammonia gas; and the dissolution is only a physical effect and no chemical reaction. The two are essentially different and should not be confused. 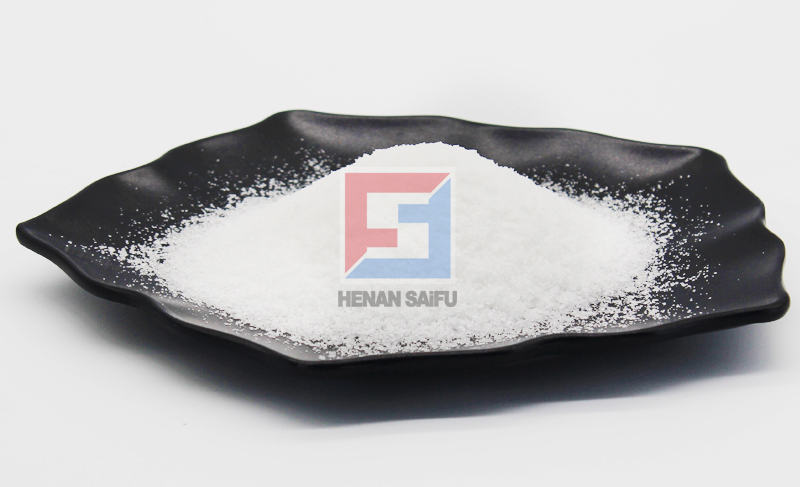 Factors affecting the viscosity of polyacrylamide